is originally from Hawaii. He came to Alaska in 1972, as a Russian Linguist in the U.S. Air Force. At the end of his tour of duty he went to work at the University of Alaska, Fairbanks. His work involved extensive travel throughout the state of Alaska, from Angoon in Southeast Alaska to Point Hope on the North Slope.

In 1980, he moved to Juneau to start a small media production company. It wasn’t long before the lure of the outdoors and the excellent fishing turned his recreational hobby into a business. Richard opened Shelter Lodge in 1982.

is originally from California. She came to Alaska in 1988 and attended the University of Alaska Southeast where she earned a degree in Business Administration. Her love for fishing and the outdoors made the perfect match for Richard and Shelter Lodge.  😊  She currently is the sales and marketing person for Alaska Reel Adventures.

is the lodge manger. He was born in Juneau and spent his early education years in Hawaii. During his summers he grew up working every aspect of the family business in Alaska. He received his captain’s license when he was 18, earned a Bachelors and MBA from Eastern Washington University. Kenji’s wife, Claire, is a kindergarten school teacher and together they are raising three young girls, Kaley, Carli & Kamryn. 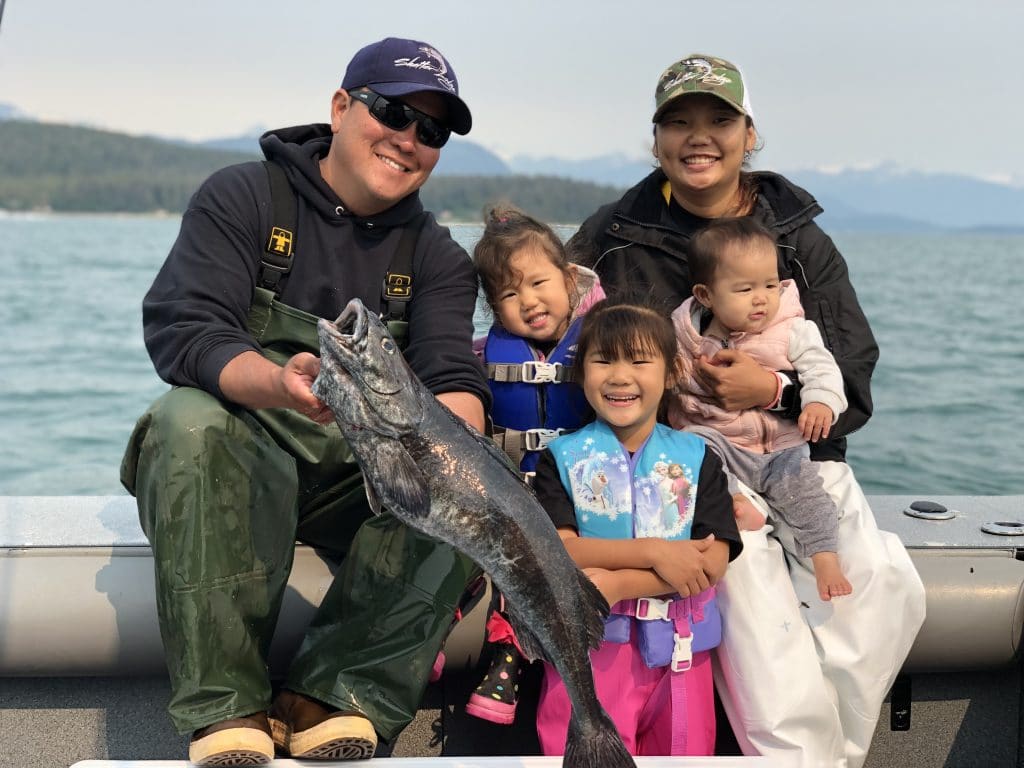